Graduate House recently hosted the Melba Group’s meeting, convened by Jenny Standish. It brought together women leaders from many spheres of influence in the Victorian community who were from different generations. The Melba Group’s first meetings were held in the 1980s and members continue to focus on activities bringing about social and cultural change for women. Two members, Lynne Selwood and Kay Oke, were congratulated as recent recipients of Queen’s Birthday Honours. However, Jan Harper explained that women continue to be underrepresented in the national honours system.  She introduced a plan to nominate more women to be considered for future honours awards.
A special guest was University High School’s past student Sara Draca who won the Pat Goble Award for her speech at the My Vote My Voice event in 2016 conducted by the National Council of Women of Victoria (NCWV) at the Parliament of Victoria. She was presented with the Award by Dr Deborah Towns, vice-president of the League of Women Voters, Victoria (LWVV) which funds the award and Sheila Byard, immediate past-president of NCWV. The award honours the late Pat Goble, who was a local, national and international human rights activist. Sara’s notable speech was eloquent and thought provoking and she shared a summary with the Melba Group’s members.
Sara described how today we live in a world where feminism can be commodified; it can be a t-shirt with a feminist logo, made by mistreated workers, and packaged and sold to us as a commodity. ‘Feminism’ she said, has been stripped of its radical and progressive roots’. She added, ‘corporate feminism - ‘if such a thing exists’ -has never truly helped them.’ Reflecting on feminist activism Sara advised, ‘I think, on our own small scale, it’s quite easy to be productive; all I ask is that you are always conscious as a feminist. That means critiquing your own actions, critiquing those of the feminists around you, and never ever settling for the ‘lesser evil’. For me, solidarity is the only way forward-to take care of the people around you, like those who don’t have the same privileges as you do. We need to open ourselves to new perspectives and critical thinking.’ Sara explained how honoured she was to participate in My Vote My Voice.
Now we are looking forward to this year’s My Vote My Voice, organised by the NCWV to be held on Friday 1 September, in the inspirational Legislative Council Chamber. Then we will be privileged to hear from secondary students from government and non-government schools. Responses will be provided by a panel representing the Australian Local Government’s Women’s Association, Victoria. It’s another opportunity for current and future community leaders to engage with feminist ideas and activities designed to bring about greater leadership opportunities for women.
Posted by NCWV at 18:18 No comments: 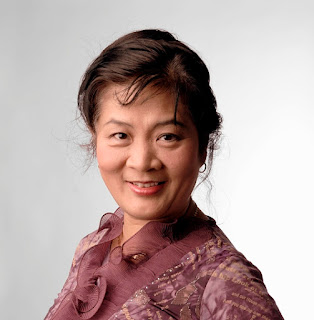 Congratulations to NCWV Executive member May Hu OAM 'For service to the broadcast media, to women, and to the multicultural community of Victoria'.

Visit the NCWA Facebook page for more details.
Posted by NCWV at 21:22 No comments:

It is time to … renew your membership of NCW Victoria


Membership means you can

Download 2017-18 Individual and Organisational Membership Form from our Membership page
Posted by NCWV at 21:13 No comments:

Joining in the discussion on Troubled Youth!

NCW Victoria has been involved for over a century in advocating for the wellbeing of women, children and families and actively promoting the status of and respect for women.  A current concern is number of children placed in out of home State care and the numbers of young people engaged in anti-social behaviour.
The NCW Victoria ‘Troubled Youth Forum’ on Wednesday 24 May 2017 at the Parliament of Victoria aimed to throw light on where and when systemic failures have occurred in the lives of children now appearing in the Victorian justice system. It seems society is failing some children.
What went wrong in the lives of these kids?  Are children in the justice system because of their lack of tender, loving family support or safe state care?
Many children in the Youth Justice System are impaired mentally. Do we know why? Do we know how many? Do we have processes for identifying young children at risk and creating suitable care and educational pathways for these children?  Children are not born criminals after all.


From the UN Convention on the Rights of the Child:
*The child shall enjoy special protection, and shall be given opportunities and facilities, by law and by other means, to enable him to develop physically, mentally, morally, spiritually and socially in a healthy and normal manner and in conditions of freedom and dignity.
Posted by NCWV at 14:09 No comments:

National Council of Women of Victoria welcomes the recent election of women
Councillors to lead both the local government peak bodies in Victoria.

The election on 6 March of Cr Mary Lalios as first woman President of the Municipal
Association of Victoria (MAV) - following the February election of Cr Marg Attley as
President of the Victorian Local Governance Association (VLGA) - is an important step in
the recognition of the principle of equality of representation.

NCW Victoria has worked for the principle of equal right to vote and to stand for public office for more than a hundred years, and we helped create the Local Government Women’s Association more than fifty years ago.

Since August 2000 when 26. % of councillors were women, there has been a gradual increase with women elected October 2016 reaching 38%.

An important element in this progress had been the setting of targets and the increased availability of good training for prospective and new councillors. We congratulate Cr Helen Coleman, President of Australian Local Government Women’s Association (Victorian Branch) (ALGWA Vic) and her colleagues including former ALGWA President Cr Coral Ross for their outstanding work to encourage equal involvement of women and men in local government.

NCW Victoria encourages all candidates for public office to access training and supports the use of material GoWomenLG  website for potential candidates, Now You’re a Councillor  website for newly elected women councillors, the Victorian Local Government Women's Charter (supported by the MAV and the VLGA)and ‘A Gender Agenda – kit for women who want to stand for local government and thosewho want to assist others to stand’ (5th edition)
Posted by NCWV at 08:42 No comments:


The Commission for Children and Young People will soon begin an inquiry into the permanency changes arising from the Children, Youth and Families Amendment (Permanent Care and Other Matters) Act 2014. The changes took effect in March 2016, and the inquiry will examine the evidence available after the first six months of their operation to consider whether the amendments are meeting their objectives of improving permanency for children and young people and whether they have lead to unintended consequences.

At the 17 August Children's Matters Forum, Commissioner Liana Buchanan said: "In just four months as Commissioner I have heard many different views about the impact of the permanency amendments, including some very strong concerns. I am in no doubt this is an important inquiry, and I look forward to reviewing the evidence and hearing from people about their experiences over the past six months. I encourage people who are interested to make a contribution to the process - the more information we have to rely on, the stronger our findings will be."

The inquiry will be informed by evidence and data and will involve a number of components including consultations and a submission process. The Commission wants to hear from a range of interested stakeholders about their experience of these amendments. This inquiry will be guided by the best interest principles in section 10 of the Children, Youth and Families Act 2005, the Charter of Human Rights and Responsibilities and the United Nations Convention on the Rights of the Child. The inquiry will commence in September 2016 and be finalised in March 2017. Submissions will be sought in the near future and updates on the inquiry will be available on the Commission's website.